Nigel Godsiffe, Senior Partner at Forrester Sylvester Mackett, will retire at the end of September after 40 years as a solicitor.

Nigel originally qualified as a teacher, but after two years decided a life in the classroom was not for him, so retrained as a solicitor. He was first admitted as a solicitor on 1 October 1979, and set up his own practice in Trowbridge in 1982.

After 16 years of working solo, Nigel’s developing relationship with Sylvester Mackett crystallised in a merger in 1998. He became the firm’s Senior Partner in July 2007.

Nigel has very wide knowledge and experience of many areas of the law. However, he has spent the last 15 years heading up FSM’s Family department – matrimonial matters have been his particular area of interest throughout his career.

Outside of work, Nigel has a long history of charity fundraising and has undertaken several voluntary positions over the years. He was one of the original members of the Friends of All Saints Church in Brokerswood (and still helps to fundraise today).  The pinnacle of his charity fundraising came in 1994, when he raised £2,000 for Dorothy House by having his trademark beard shaved off.  This was the first time he had picked up a razor since leaving school, and the beard removal was undertaken with much ceremony at an official shaving event attended by friends and family.  More recently, Nigel sat on the Board of the Kennet Housing Society in Marlborough, and has acted as the Clerk for two charities helping the poorest communities in and around Trowbridge, CNW Blair Charity and Dr CS Kingston Fund.

Nigel plans to spend his retirement reading (and possibly even writing poetry), taking up his guitar again, indulging in his love of food, wine and travel, trying to keep his (small) smallholding in some sort of order, and spending time with his ever-increasing brood of grand-children.

Mike Cavalla, head of the private client department, will succeed Nigel as Senior Partner of the firm. 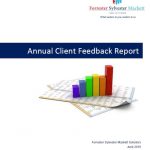 99% of clients would use us again or recommend us! 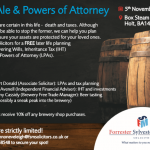 Cyber Essentials is a Government-backed, industry-supported scheme to help organisations protect themselves… 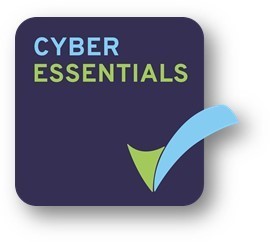 Throughout the week commencing 15th June, we will be re-opening the doors of…

A note from our senior partner, Mike Cavalla regarding COVID-19

FSM Solicitors gets settled into Frome